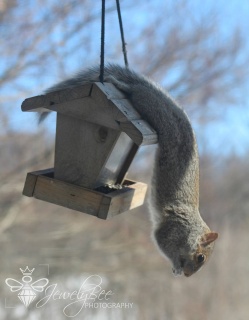 I was up this morning between 4 and 5 checking Veruca’s blood sugar and, after a 403, decided a set change was imperative. Then – back to bed where I laid WIDE AWAKE – thinking about safe diabetes management in schools and what I could do about this nationally – and about legislation that needs to happen over big pharma control over prescription drugs and the ridiculous rising costs of life-saving medications. And then I thought maybe I should just get up and go write about all this until I get sleepy again.

But my eyes were tired and they wanted to be closed. Unfortunately, my brain and body didn’t get the memo. Then I remembered The Bloggess and her method of writing notes in her phone in the middle of the night when she can’t sleep, which led to me wondering how I could do that with the bright light in my tired eyes, and then thinking I could use voice-to-text but then I’d wake Todd up – who actually was up anyway because when I left to check Veruca I only snoozed the alarm and obviously I was gone longer than 5 minutes – but anyway I didn’t want to further compromise his sleep by entertaining my brain. He’s usually indulgent with me, but man has his limits.
So, thinking about The Bloggess got me thinking about the weird stuff she thinks of in the middle of hernights, and then I remembered how she thought there were squirrels in her closet and I wasn’t sure she wasn’t just joking about hallucinating that there were squirrels in her closet… and then I thought, that’s just not very funny. I mean, it IS funny, in a way… but not funny to anyone who’s actually had squirrels inside their house. Squirrels that were not invited.
Years ago I lived in this two-floor apartment in an old historic house in my town. The owner of the building was a dentist whose office was on the first floor. Essentially the building was divided in half – my apartment on the second and third floors, and our friends had the two-story apartment on the other side. I once heard a lot of scratching noises coming from the cubbies on the third floor, and decided it best never to open them. My friends told me there were squirrels nesting in them.
I happen to adore squirrels. They’re adorable. They have these cute little faces and they sit up on their hind legs and nibble on acorns clutched in their cute little hands…. What’s not to love? I didn’t really care that they were in the cubbies, so long as they didn’t claw their way inside the apartment. I bet you know where this is going.
One afternoon I was walking down the long hall from the bathroom to the living room, and I heard a disturbing noise overhead. The hallway had a drop ceiling, with a couple of light panels. I looked up and saw little squirrel feet in the light panel. I about shit my pants.  I’ve seen The Breakfast Club, and we all know how those panels can drop. The squirrel was running up and down the hallway on top of the dropped ceiling and now all I could think of was Clark Griswald … and what I’d do if this thing ended up inside my apartment.
Anyway, long story short, I ran downstairs and into the dentist’s office and very calmly informed the receptionist that I had a small problem upstairs that required immediate attention. He came up shortly, with a broom. What is it with people wielding brooms at unwelcome critters? My first year at NYU, we had a mouse in our dorm room kitchen and we called maintenance and the guy came up with a broomand a bucket. And proceeded to locate said mouse and literally beat it to death. Thatwas a traumatic experience that led me to forever espouse humane methods of delivering mice from homes. That and that time I found a mouse stuck to that sticky pad exterminators use, and the poor thing was frantically trying to chew its own foot off to get away. That made me cry. I made my friend get rid of it and I told the landlord that was the most inhumane way to “get rid of” mice.
So after reminiscing the good old days of squirrels in my apartment, I moved onto memories of the squirrels eating all the seed from the birdfeeder my ex hung on one of those iron plant hangers by the fish pond, so we could watch the birds feed from our kitchen window. But the squirrels were very adept at climbing this iron pole, and refilling this feeder every day was a hilarious constant frustration for him. I came up with a solution.
I decided to coat the pole with Vaseline. Then I stood by the window, and waited. I didn’t have to wait long as one squirrel sprinted from the oak tree on the side of our house and took a long, flying leap at the pole. His front paws made contact first, followed by his back legs and a second later… he slid all the way down the pole in slow motion. He made a soft landing and shook himself off incredulously, looked up at the feeder in confusion, and made to reach for the slippery pole again. It was one of the most hilarious things I’ve never videoed.
Meanwhile, back in my wired brain… thoughts shifted back to more pressing present items, like looking into a tent rental for the anniversary party, getting the save-the-date cards sent out, and how to plan out a fun surprise for a friend who could really use the “uplift.” And what to bring to tomorrow’s sports banquet, and what I have to do to gather our tax stuff together, and I have a week to finish reviewing the draft of the diabetes guidelines, and OMG! – Veruca needs her blood tests done, and I have to renew those prescriptions, and ….

All written content, unless otherwise indicated, is Copyright TaraKA and The Tara Chronicles, 2021. Unauthorized use and/or duplication of this material without express and written permission from this site's author is strictly prohibited. Excerpts and links may be used, provided that full and clear credit is given to The Tara Chronicles with appropriate and specific direction to the original content. The site identity digital drawing is copyright TMA, 2018, and is prohibited from duplication without legally obtained consent from the artist. I do not own the copyright to other images posted unless specifically stated.
<span>%d</span> bloggers like this: