*Post has been updated due to absurd threats made against me by an admin of this support group for libel and defamation. It is important to note that libel is the making of a false statement about someone and defamation is the making of a false statement with the intent to harm another’s reputation – both of which must be proven WITHOUT A DOUBT to be a lie AND, in the case of defamation, must also prove that damage has already been done to the individual’s reputation. I stand by the following post describing events as I perceived saw them – which in this case means… it’s my OPINION. 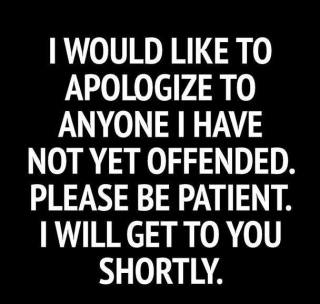 I needed a couple of days to digest the recent events on Facebook – in that support group I did not name in my last post. I didn’t want to get caught up in the drama, I didn’t. However, it’s all too easy to get swept up in a crusade full of emotional moms (and at least two dads) because – hell hath no fury like a D-mom. And now – hell hath no fury like Tara on a tear.

The Founder is not the “dog with a bone.”

Support groups can be a great source of comfort. Make sure you find one that gives you that, and where you know that no one (under the “God is good” mentality) would ever exclude anyone, or suggest you leave.
In my last post I likened the members to sheep – and that’s just not right, so I apologize. They are not sheep. I believe they are nice people who just got caught up in the storm. I just hope they don’t drink the Kool-aid.

While I was working on this update, I received yet another message from the admin threatening legal action for my defaming the Founder and/or their group and suggested that I review the law again (apparently the above definition from my attorney is wrong) because I am “in violation.”

I also want to state that this support group had use of my daughter’s image for promotional videos for Diabetes Awareness Month, an image they had taken from the private page where I shared it. However, I honestly did not remember consenting to the image being imprinted with the logo of a certain research foundation and its insinuation that we are affiliated with it. Further unsolicited messages from admin were screenshots of my supposed consent, in argument to my allegations. Regardless, since I was blocked from the support group I was uncomfortable with their use of her image out of my consent and control. I sent multiple requests to have it taken down – all were ignored and one of the admins chose to block me rather than respond. It was not until I contacted You Tube to address the issue that I received a response from one of them. Her initial (THIRTEEN DAYS after my first request) response was that they would comply with regards to the image but threatened a libel suit for the “vile things” I wrote in the original blog post. I was told to remove the screen shot identifying the Founder along with her words, and that if my opinion openly defaming a person is not taken down, their organization will have no choice but to proceed legally.

Being a peacekeeper by nature, I have removed identifying information so that I can continue to move forward with what I love and what is far more important. I absolutely hate drama and will not be a party to it, but moreover – I will NOT be bullied into retracting an entire post that doesn’t name anyone or any group or organization. That is a violation of my 1st Amendment rights. This is the last post about this matter.

Only best wishes to all the parties involved.  We need a Cure NOW.

All written content, unless otherwise indicated, is Copyright TaraKA and The Tara Chronicles, 2021. Unauthorized use and/or duplication of this material without express and written permission from this site's author is strictly prohibited. Excerpts and links may be used, provided that full and clear credit is given to The Tara Chronicles with appropriate and specific direction to the original content. The site identity digital drawing is copyright TMA, 2018, and is prohibited from duplication without legally obtained consent from the artist. I do not own the copyright to other images posted unless specifically stated.
%d bloggers like this: