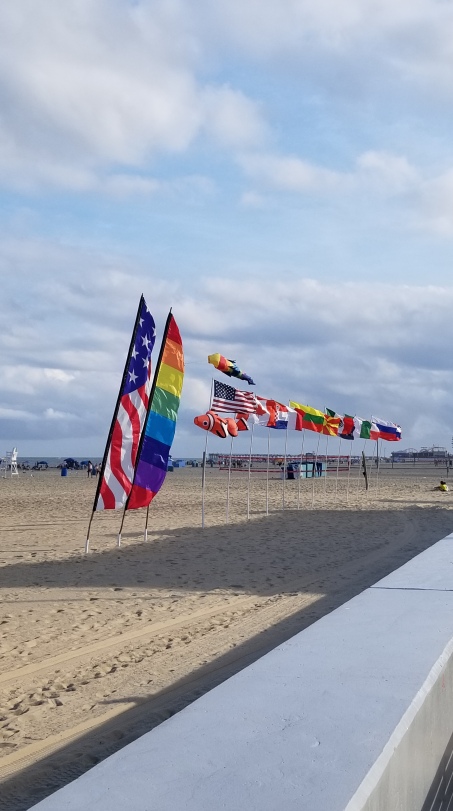 Labor Day weekend went too fast and the kids went back to school on Tuesday. I feel like we’ve just boarded Roaring Rapids, without all the water because of course I have plants on the deck that are in various stages of dead. Not to discount all the rain my friends north have been dealing with and all the flooding that shut down amusement parks across the state of Pennsylvania.

It’s been a heavy rain season this summer, though unfortunately even that couldn’t save my plants. I really think only divine intervention can spare my plants from myself. Case in point: beautiful basil plant given by my mother. Weeks later: leaves are turning yellow and falling off. I have watered it regularly, but maybe it’s disheartened by the condition of the others around it?

Meanwhile, against my best judgement, Todd is hosting his faculty at our home next week and I’m about three home projects from a complete breakdown. I don’t know why I care, but I do – about the need for fresh paint, the black cobwebs in the cathedral ceilings that cannot be reached without a 20-foot ladder, the basement bathroom that needs a complete reno, not to mention the green algae on the deck that desperately needs to be power washed. I’ve spent the bulk of my summer unable to attend to this stuff, thanks to previously mentioned surgery.

Anyway, I’ll save that drama for another post. Todd and I took off for Ocean City, Maryland for the weekend – the only real vacation we got together this year due to his new job. We stayed at the lovely Dunes Manor Hotel – a Victorian-style hotel that’s been there since 1987. It’s always been my favorite but Todd hadn’t stayed there before. We only had two days – so we spent it relaxing outside, walking the boardwalk, eating at some of our favorite haunts, and drinking frozen cocktails.

We walked 8 miles on Saturday. By the time we got halfway back on the boardwalk, I could barely walk. And I was wearing flip flops – so I had a blister on my right foot, and both legs were an aching mess of jelly. I am so out of shape. Yeah – cleared, my ass. Return to normal activities slowly, they said. Listen to your body, they said. Well, my body was saying, kill me now, and my brain was saying, alcohol aint gonna save us.

Sunday we walked another seven miles – some of which was back from breakfast at Dumser’s, roughly 90 blocks away. We didn’t walk the whole way, but far enough to color my neck and chest a lovely shade of red and I got a blister on my other foot (different sandals). We took the bus the rest of the way back and rested a bit in the room. I was just about to get in the shower when the fire alarm went off – and the entire hotel was evacuated. We stayed on the seventh floor, so the walk down probably added another quarter mile. We no sooner got to the parking lot and they were letting us back in… and it was tea time! Bonus.

Todd and I grabbed some tea and scones and sat down by the grand piano, where a guest had sat down and was playing some beautiful music that made me feel suddenly like we were on the Titanic. But in a good way. His wife called him a dork and told him she was going back to the room and we all laughed.

A few minutes later he was upstaged by a teenage boy who was there to perform during tea time – playing the most beautiful renditions of Ed Sheeran’s music and onto some classic Disney tunes. I sat there thinking about time, the inevitable changes that lie ahead, and some recent news we’re still processing, and my eyes welled up.

We went to one of our favorites, Bull on the Beach at 94th street, where we bypassed the line like celebrities and headed straight to the bar and luckily found the last two empty seats. Some hot wings, a pit beef sandwich, onion rings, and two beers later and we found ourselves chatting with a couple that bought us a round when they sat down next to us. They were a bit older than us, but retired, and living in Florida. They own a house in Ocean City they rent out and come up to stay occasionally.

They were a lovely couple, and he was making friendly jokes that bordered on a little too friendly and, given the proximity to which we were sitting next to each other, my paranoid little mind began to wonder if we’d just been targeted by a pair of swingers and then I couldn’t unthink it. And Todd, clearly oblivious to the inner workings of my mind, kept up the conversation like any normal person would. And then – just as suddenly as they arrived – they finished up their food and cocktails and bid us goodnight and wished us well and… they left. And I realized how lovely they truly were – and how I need to stop thinking dirty little things about people’s intentions. (If I said this has happened to me in the past – would that exonerate me?)

We never went in the ocean. Not only did it not interest us, but there was some terrible article circulating about sea lice and the rashes it caused dozens of people. In most cases minor, but one guy had to go to hospital. They’re calling the condition Sea Bather’s Eruption but I don’t care what it is – if they’re saying that little crab larvae are just floating along with the waves and can end up INSIDE your swimsuit, well… NO THANK YOU. I made it this far in life without crabs, and I’m not about to change that…. I don’t care what kind of crabs they are.

All in all, it was a short but sweet weekend trip that we needed together. It’s all we got this summer, thanks to circumstances that were both out of our control and choices we made. I missed seeing my long-time bestie, and we didn’t take our bikes this year. There will be other weekends, other trips. Instead, we left the SUV at home and drove the “baby” GT, and hit the road like rock stars. 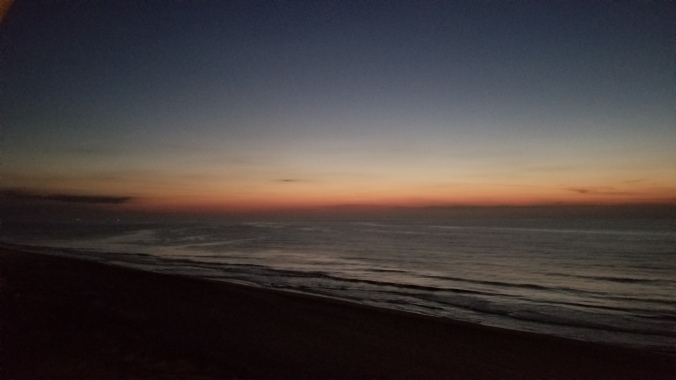 Live life like you’re dying. You never know what tomorrow will bring. Every day is a gift. Copyright Taraka & Tara Chronicles 2018

Join 300 other subscribers
All written content, unless otherwise indicated, is Copyright TaraKA and The Tara Chronicles, 2023. Unauthorized use and/or duplication of this material without express and written permission from this site's author is strictly prohibited. Excerpts and links may be used, provided that full and clear credit is given to The Tara Chronicles with appropriate and specific direction to the original content. The site identity digital drawing is copyright TMA, 2018, and is prohibited from duplication without legally obtained consent from the artist. I do not own the copyright to other images posted unless specifically stated.
Loading Comments...
%d bloggers like this: