At 12 weeks post-op, I was back to normal. I was feeling great.

There’s been a lot going on in our lives lately. A lot. I’m now officially working more hours and I’m grateful. Work is where I can be normal, and not think about my personal life. I’m making more money and I’m grateful for that too. The kids are busy and back in school. Opac is a senior now, and has this thing called senior option where he goes in late some days and leaves early on others. He still doesn’t have his license, but we’re one behind-the-wheel lesson away from being allowed to take the driver’s exam.

I’ve been working on letting him go in the ways a normal parent would. Like going with friends to places and trying really hard not to worry about him until he walks back in the front door. He’s good – he texts me regularly to let me know what’s going on. I’m grateful for that. I know that will one day have its end too.

On workdays, I count on him to see Veruca home safely from the bus. In the first few weeks, it caused me significant anxiety. They both text me when they’re home so I can stop worrying. Surprisingly, I am not worrying about my type 1 daughter being home without me. But then when I think about it, I have anxiety about whether I should be worried.

I’ve been letting Veruca go too – with friends after school, walking to nearby food and coffee joints so she can hang out for an hour like a teenager. I worry a bit, but I’ve exhausted the lectures about sticking together, not walking alone, and never, ever approaching a stranger in a car who might beckon. She’s crystal clear on this. Maybe a little too much.

In case you missed the clues, I have anxiety. I can conjure up just about anything to fray my nerves and raise my blood pressure. I’ve forgotten how to pray and leave it all to God. And THIS causes me anxiety too. I take medication for anxiety. I know that anxiety is chemical and biological and that it is also genetic, so I come by it honestly and [abnormally proudly] from a beloved relative who is no longer with me.

Nevertheless, I was feeling good. The lingering post-surgical stuff was gone and I was returning to life feeling confident that surgery can be a good thing, and that I’m ready to start running again.

It was a beautiful day after 40 days and 40 nights of rain in most of our region. The sun was bright and the air was warm. You should take the convertible out, he said. The 2001 Mustang GT convertible hadn’t been out on the road for a while and I was weary of driving to my mom’s an hour away and back. Instead, I took the 2012 Mustang (nicknamed the V6), so I could do a little stick-driving on the beautiful back roads in my hometown area. I learned to drive stick at 16, and there is nothing more satisfying than shifting gears and letting go that clutch and letting the car do what it was made to do.

It was a great ride, but my spidey senses were tingling all the way – people were driving recklessly all around me. It made me hyper-alert and I took my time on the ride. I got back to our area shortly after 1 and drove directly to the high school to pick up Opac.

I’d just turned onto the main roadway a half-mile from the school. The speed limit is 50, there were a lot of cars traveling in both directions. I saw this car begin to make a left turn right in front of me – I mean, RIGHT in front of me, and there was no time for me to do anything other than brake as hard as I could. I was trying to avoid hitting her and realized she was following through on her turn anyway. I veered right, sort of into the road she was heading into, in an effort to avoid her hitting me.

She kept going and slammed into my driver’s side door, hard, spinning me around until my rear bumper on the passenger side hit the guard rail, effectively stopping the car. My driver’s side airbag deployed. I don’t remember turning the car off and removing the key from the ignition. I sat there stunned a moment, and looked through my window at her in her car and she was looking back at me – and I was trembling and raging inside. Did you know that when airbags deploy the ignitor emits a smoky smell? Neither did I. I panicked, tried to open my door, and then moved the seat back enough to climb out and over the gear shift and opened the passenger door.

At this point I had no idea how old this girl was, or the condition of the driver’s side of my car. First instinct was to flip out on her for causing this accident, but by the time I’d actually gotten myself out of the car, I’d lost the desire. Todd would’ve been so proud.

I looked directly at this 17-year-old child who accused me of speeding, and bit my tongue for all the things I wanted to say – because I’m 49 and I know waaaay better, and also that less is more. Hysterical, screaming people are generally viewed as just that. So I said to her, you need to step away from me right now. I repeated myself twice.

The state trooper arrived. The ambulance arrived. One of the drivers insisted I sit down. Apparently people in accidents act normal all the time and then boom, they go down? I called Todd, who said, you ARE going to the hospital, right? I honestly thought the car was just going to get towed to our auto-body shop and I was just going to go home. But the EMTs said, you’re going. And the trooper said my car was most likely totaled.

Todd: Well, at least you had the dash cam. Which made me want to cry, but I guess some people in shock don’t cry – because …. I’m not driving the Edge.

Oh, he said. Which car were you driving? But he didn’t care which car it was.

I’ve since seen the neurosurgeon, had a repeat MRI and x-rays (hardware is still well-positioned and I have no acute changes to my spinal cord or surrounding discs). The pain in my neck has returned, depending on my activity and/or work, and it travels down my right arm and encircles my shoulder, just like before my surgery. It’s uncomfortable and I’m upset about it. All providers are in agreement that my pain is muscular, and the efforts now are pain relief and return to normal function without this pain. I’m in PT three days a week now. I’ve had two rounds of trigger point injections at neuro and considering going back again.

I’m sad and angry some days. I’m sad that I can never drive that car again. I’m sad that it all changed in an instant, and I’m angry that it could’ve ended so differently. Todd told me the reason he bought that car is for this very reason, that it’s solid and designed to protect you. And protect me, she did. No part of the other car touched me, and no part of my door touched me. It was intact on the inside, and the only thing different in an otherwise pristine cockpit was the telltale airbag.

I’m an emotional person. I feel things. I think sometimes it’s over the top and that most normal people don’t react to things like I do. I want my car back. When we went to the lot to clean it out, I couldn’t sit in it. Todd went with me and I ran my hands over the hood and felt its warmth and the smoothness of the metal, and stood there thanking her for what she did for me that day with tears in my eyes. It’s been a month. I won’t get in Todd’s other Mustang, or drive it.

It’s been a month. The girl has a new car already. This makes me so angry. Did she learn anything? I want justice in some way that I cannot articulate. Maybe I just want her to tell me she’s sorry, and mean it. But, Todd told me to let it go. I can only live My life, and keep moving forward. But I don’t want to let go of it yet. In a 10-second decision, she destroyed a 2012 Ford Mustang, somebody’s beloved car that cannot be easily replaced, and she’s already driving around in a new car.

Meanwhile, I’m alternately angry and sad. I have moments behind the wheel where I panic, especially when there are other cars around. I’ve seen my counselor. We’re working through this. And then last week a minor infraction by the truck in front of me…I was nowhere near having an accident, but the thoughts racing through my head brought spots before my eyes and I pulled over until the lightheadedness passed.

We’ve begun the college touring with Opac, which also makes me emotional. He’s already been accepted at his first choice, which is thrilling but we need to see that financial package soon. He turns 18 tomorrow, and I’m feeling the acuteness of that milestone.

There’s more. But I think this is enough for now. 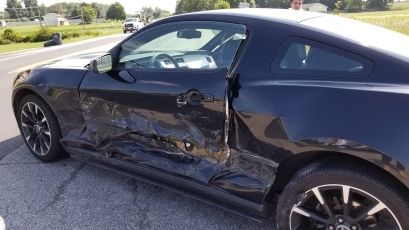 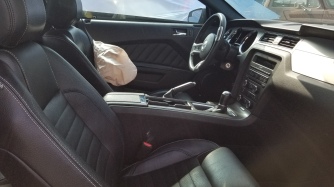 All written content, unless otherwise indicated, is Copyright TaraKA and The Tara Chronicles, 2020. Unauthorized use and/or duplication of this material without express and written permission from this site's author is strictly prohibited. Excerpts and links may be used, provided that full and clear credit is given to The Tara Chronicles with appropriate and specific direction to the original content. The site identity digital drawing is copyright TMA, 2018, and is prohibited from duplication without legally obtained consent from the artist. I do not own the copyright to other images posted unless specifically stated.
Loading Comments...
Comment
×
%d bloggers like this: